Many of the country's most prominent businesses filed a brief last week in favor of same-sex marriage, arguing to the U.S. Supreme Court that California's Proposition 8, which banned gay marriage via popular vote, is unconstitutional and is detrimental to businesses in the state. Read more on www.breitbart.com

So it appears the attitude of these businesses is that we throw morality out the window to make a buck.  It's all about their businesses and making money.  They want more marriages taking place be it 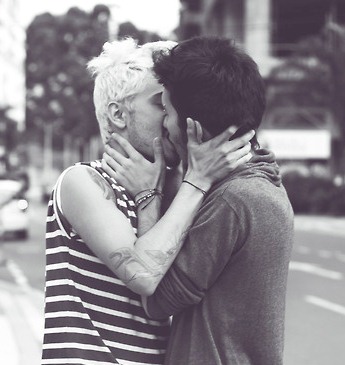 heterosexual or homosexual, just so that there will be more people spending money on wedding gifts, ceremonies and honeymoons.  Give me a break!

Since when and why do they have to stoop that low?  Would you want your daughter or your son to enter into a homosexual marriage?  I didn't think so.  And what about the people who run these companies who are in favor of homosexual marriage to boost their business.  Are they encouraging their sons and daughters to enter into homosexual marriages?  I would bet they wouldn't be too happy about their son bringing over his best bud for dinner and swapping spit with him right there in front of God and everybody.  So, if they would not want it for their own sons and daughters, why should they be encouraging it for others?  In fact, the real question is why should it be allowed?

That's right; why should we allow homosexual marriage?  Well, I'm an understanding guy.  Maybe that's what some of you want.  So in that case, maybe there should be cities or counties or states that permit it.  Then people who desire homosexual marriage can live in those cities or those counties or those states.  For those people who don't desire it or don't want to live in a community of homosexuals, well, they just might have to consider moving to another city or another county or another state to get away from it.

So my point here is, maybe it should be a local issue rather than a Federal issue.  Moving to another city or county or state may not be at the top of your list of things to do, but it would allow you to get away from it.  However, if it were a Federal issue, are you going to leave the country?  I think not.  So let's not make it a Federal thing and leave it up to local communities to decide what is best for their community.

This is my opinion.  I welcome yours.